I wanted to do this post for probably around a year now, but just was never quite able to sit down and do it. Surprisingly, now that I am at the busiest I’ve been at the lab, the inspiration finally struck me and I was up until past 2 am squinting into the microscope after hours of microscopy in the lab. Note: don’t do 8 hours of microscopy in one day or your eyes will hate you. By that time I was so tired that quality of the micrographs wasn’t even close to a top priority, so I’ll have to ask your forgiveness if some of the images are even worse than usual.

Anyway, what was it that was on my mind for so long? Vital staining.

There has been a resurgence of interest on the topic among the scientifically slanted homebrewing blogs and, as far as I can tell, everyone out there is using methylene blue to check their yeast viability. It’s not really surprising since MB has long been used as the standard vital stain in the brewing industry and thus adopted by many homebrewers. Another stain often utilized by a wider audience of fermentation and ethanol production industries is methylene violet, which seems to be pretty much the same as methylene blue except for the color. In the science world there are a number of ways to determine viability of the cells ranging from fluorescent dyes to apoptotic/necrotic marker antibodies etc., but such methods require expenses and preparations way out of homebrewing range. The gold standard for non-fluorescent methods, however, is trypan blue. First let’s take a look at some of them.

Methylene Blue – a blue dye that will stain the dead cells blue. Living cells also take in the dye, but the active enzymes within them will process (reduce) the dye and make it colorless. Problems with this stain include that some dead cells still have enough active enzymes left in them to reduce the dye, the dye may block some intracellular processes and result in failure to reduce it by living cells, below pH 4.6 the uptake of the dye increases so that many living cells also become blue, also it may stain stressed live cells with fractured membranes. In my search for more info I found some articles about using various microscopic techniques to tell between the false positive and false negative cells, all of which are beyond the homebrewing level. Despite all its shortcomings, methylene blue remains the standard viability stain most likely due to its availability.

Trypan Blue – also a blue dye that stains dead cells blue. Unlike methylene blue, this stain’s action is based on cell membrane integrity. It is a negatively charged compound that can’t cross the membrane unless it has been damaged. Dead cells have ruptured membranes, allowing the dye to enter and stain them while living cells are very selective in respect to what goes in or out and trypan blue is not allowed to enter. This stain is not dependent on chemical reactions, gradients, reduction states etc., which makes it the gold standard for non-fluorescent vital dyes. It should be noted that it is toxic and cells exposed to it for too long will die and stain blue. Other two stains in this study will be compared to it to measure their effectiveness.

Availability: not easily available to homebrewers and expensive.

Safranin – a red-pink dye that is often used in histology and cytology to stain nuclei as well as the last stain in the gram staining procedure. Not many people know that it’s also often used as a vital dye in microbiology (often together with methylene blue) and stains dead cells red.

In this post I’ll test these three stains to assess viability of a couple of yeast strains and see how well they correlate. Trypan blue will be used as the standard with methylene blue and safranin compared to it to assess staining accuracy. While it is common knowledge that, despite its faults, methylene blue can be used to check Saccharomyces viability with some degree of accuracy, there isn’t much about using it to look at Brettanomyces. With growing interest in Brettanomyces, both in homebrewing as well as industry, it is important to have a reliable means of assessing culture viability, especially since all-Brett beers require at least a twofold increased pitch compared to regular ales. Checking these stains with some Brettanomyces cultures was therefore the logical thing to do.

Here you can see some micrographs of the various stains in Brettanomyces and Saccharomyces. For this study I looked at 5 cultures:

WY 1275 Thames Valley – washed yeast cake from a primary that has been stored in the fridge for over 2 months. Very interesting how viable the cells are! According to Mr. Malty’s calculator, the viability of this slurry should have been 10%. 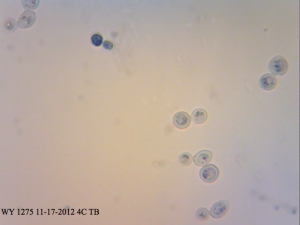 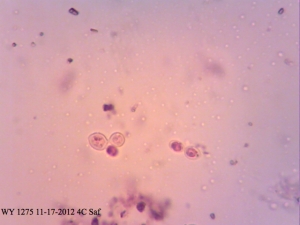 A yeast sample I got from a local bakery – mixed culture with 2 or 3 yeast strains and some Lactobacillus floating around. 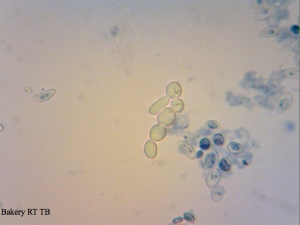 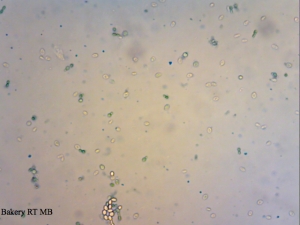 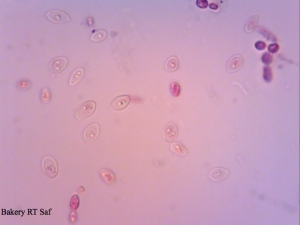 Cantillon Iris C3 isolate – a bit of that yeast strain that’s been sitting at room temperature since the time I was sending out these cultures to you guys.

Cantillon Iris C2 isolate – sample pulled from an all-Brett mild that’s currently in primary. Micrographs say C1 on them, and that’s a typo. I made sure to take cells from the pellicle and it appears that some of them are dead, while the ones from the liquid are at near 100% viability (the last photo in this series). The total viability was calculated from a homogenized sample – meaning both liquid and pellicle mixed together. 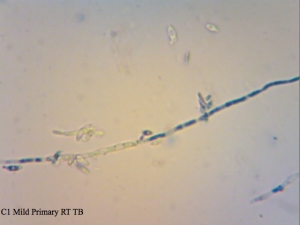 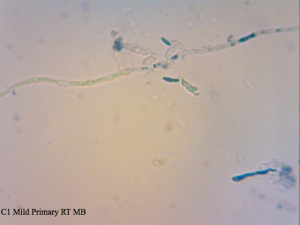 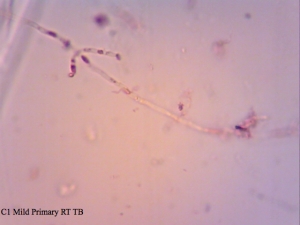 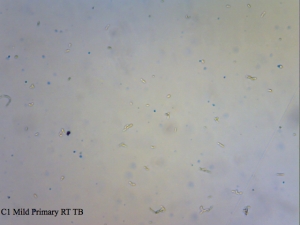 Cantillon Mamouche Dregs – straight dregs from a bottle of Mamouche that I left to sit at room temperature for 15 days before sampling to allow the organisms to wake up a little before trying to culture anything from it. The viability is so low that staining was essentially meaningless and so was not used to determine efficiency. 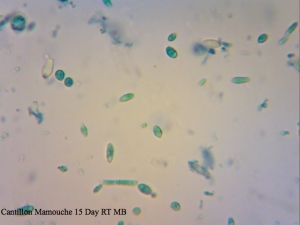 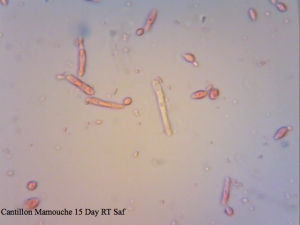 I found it especially curious how trypan blue and safranin can differentially stain cells in clumps while methylene blue has a bit more trouble differentiating between live and dead ones. It’s also curious that the “filamentous” forms of Brettanomyces that we often see in old cultures and dregs, but very seldom in active ones are stained as dead. It makes sense though. Perhaps that form is the final stage in the nutrient poor environment, which is why we see them in old cultures, and they eventually die afterwards. Another cool thing is that unlike methylene blue, trypan blue and safranin don’t stain living bacteria, which means it can be used to assess the viability of your lactic acid bacteria cultures. This is something that’ll have to be followed up on. 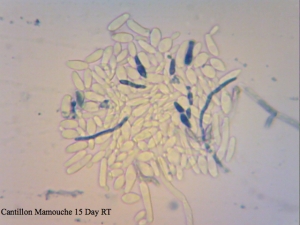 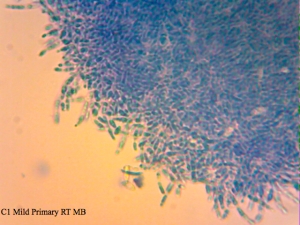 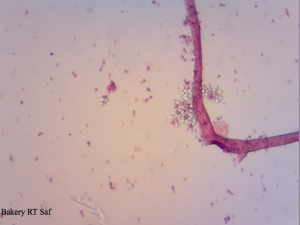 As a result of this little staining series, it appears that methylene blue and safranin are good for assessing Saccharomyces viability, but not Brettanomyces. While safranin seems to be more accurate for Brettanomyces than methylene blue, it still isn’t as good as trypan blue. At least it somewhat approximates the actual viability. The error in counts may be too great to actually be useful so the search for a reliable Brettanomyces stain that’s readily available still goes on. If any of you have had a different experience with these stains please let me know. It is entirely possible that my results do not reflect every Brettanomyces strain out there. 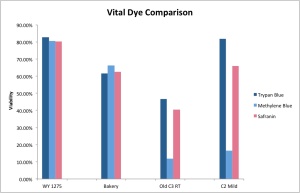 There are a couple more stains I’m interested in looking at, but that’s for another post. Once again sorry for not posting more often, but I’ve just been so very busy that I can’t even brew. It looks like the research is getting into its rhythm and I should be able to manage my time better in the upcoming weeks. Hopefully soon enough the blog will be back to normal with timely posts.